David C. Dawson is an award-winning author of gay mysteries and romances.

He's won and been nominated for several awards.

The Necessary Deaths, won a bronze medal in the Adult Mystery & Suspense

category of the FAPA President’s Awards, and Heroes in Love was a finalist in 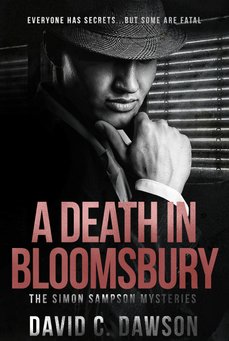 Everyone has secrets… but some are fatal.

1932, London. Late one December night Simon Sampson stumbles across the body of a woman in an alleyway. Her death is linked to a plot by right-wing extremists to assassinate the King on Christmas Day. Simon resolves to do his patriotic duty and unmask the traitors.

But Simon Sampson lives a double life. Not only is he a highly respected BBC radio announcer, but he’s also a man who loves men, and as such must live a secret life. His investigation risks revealing his other life and with that imprisonment under Britain’s draconian homophobic laws of the time. He faces a stark choice: his loyalty to the King or his freedom.

This is the first in a new historical series. A richly atmospheric novel set in the shadowy world of 1930s London, where secrets are commonplace, and no one is quite who they seem. 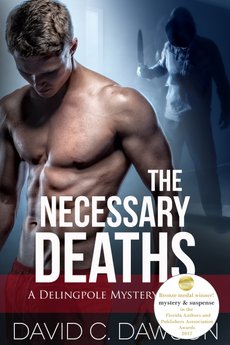 A young man lies unconscious in a hospital bed.

His life hangs in the balance from a drugs overdose.

British lawyer Dominic Delingpole investigates, with the help of his larger than life partner Jonathan McFadden.

Compromising photographs of senior politicians and business chiefs are discovered.

Is the young man a blackmailer?

Dominic and Jonathan uncover a conspiracy reaches into the highest levels of government and powerful corporations.

Three people are murdered, and Dominic and Jonathan struggle for their very survival in this gripping thriller. 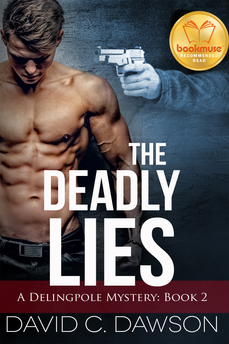 Sequel to an Award Winner

A man is murdered, and takes a deadly secret to his grave.

And were they still seeing each other just before his recent wedding to husband Jonathan?

Or are these simply lies?

In the sequel to the award-winning The Necessary Deaths, it's more than a story of deceit between husbands.

A man’s death plunges Dominic and Jonathan into a world of international espionage, which puts their lives at risk.

What is the ruthless Charter Ninety-Nine group, and why is it pursuing them across Europe and the United States?

Third in the series 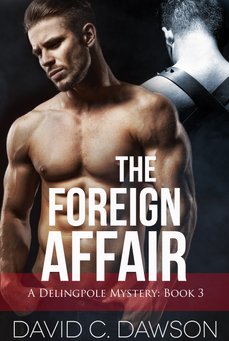 There’s a murderer stalking the gay bars of Berlin.

It’s September, the time of Folsom Europe, the city’s annual festival for gay men in leather.

And Berlin’s become a dangerous place for them.

British lawyer, and part-time sleuth, Dominic Delingpole is in town. He’s come to Berlin to visit Matty, the teenage son he first met only a year ago.

When Matty is arrested for the attacks, Dominic teams up with German lawyer Johann Hartmann, a good-looking man with a seductive charm.

As they battle to prove Matty’s innocence, Dominic and Johann discover the attacks are linked to a sinister, Russian-backed experiment.

But whose side is Hartmann really on? 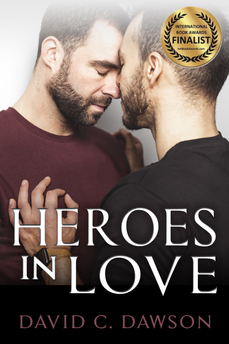 Finalist for the International Book Awards

Can forbidden love stand the test of time?

Will its strength inspire lasting love in today’s generation?

There are not only heroes, but unlikely heroes, who are determined to see love win.

Billy’s life changes in a single day when he meets Daniel, who becomes the love of his life.

Billy’s aging client Chuck has a dark and sad secret to reveal.

As Billy and Daniel fight to help Chuck reunite with the love of his past, their own fledgling relationship is threatened.

Who will remain the heroes in love? 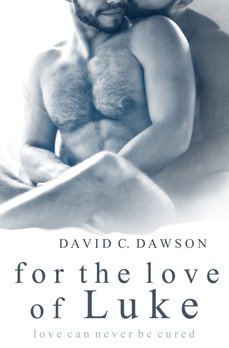 Unconscious on a bathroom floor.

He’s lost his memory, and someone’s out to kill him.

Who is the mysterious Luke?

British TV anchor and journalist Rupert Pendley-Evans doesn’t do long-term relationships. Nor does he do waifs and strays. But Luke's different. Luke's a talented American artist.

With a dark secret in his life.

As Rupert falls deeper in love with Luke, he discovers the reason for Luke’s amnesia. And the explanation puts them both in mortal danger.